Mick Boogie and Terry Urban bring you this new mixtape, featuring a shitload of hip-hop artists reinterpreting classic De La Soul tracks. That’s the key to this mixtape – these are not covers, these are re-thinkings of classic songs. The tracklist: 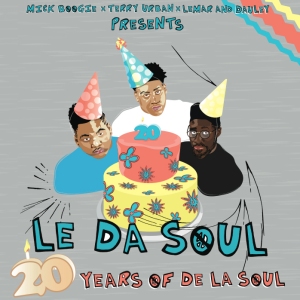 Tell me this does not sound like something off of ’93 ‘Til Infinity. Seriously, tell me. “Proper Aim,” a track off of Souls‘ forthcoming album, Montezuma’s Revenge, produced by Mr. Prince Paul. Listen here.

Feature: Del & Tame One Team Up for Parallel Uni-Verses

I have a feature running this week on Del and Tame One’s new album, Parallel Uni-Verses, in SF Weekly. Read it here.

The heir apparent to Aphex Twin, except not bringing it quite as much:

Mt. St. Helens Vietnam Band has a new EP, An Eskimo Christmas, which will be for sale at the band’s Seattle show on 12/18 (visit Tour Support for the all the tour dates). Before you buy your plane tickets to the NW, listen to “Anchors Dropped” here. 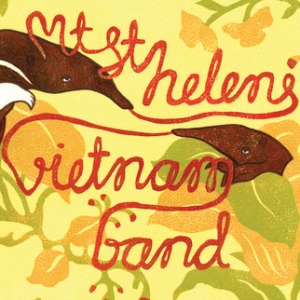 Trailer: 2 Turntables And A Microphone – The Life and Death of Jam Master Jay

Run-DMC’s Jam Master Jay was murdered in his studio in 2002, and the crime remains unsolved. This new film, due out on DVD 12/1, attempts to shed some light on what really happened. Another Kennedy-Tupac-Jimmy Hoffa conspiracy in the making? Perhaps…