In addition to working for Reykjavik Grapevine this year, I also covered the festival for Paste Magazine. Read it here.

Not my favorite night of the festival… read why here.

Read all about it here and here.

This past Wednesday night in Brooklyn there was a holiday party that was probably unlike any other going on all across New York City. Duck Down, the venerable indie hip-hop label responsible for esteemed underground classics like Black Moon’s “Who Got the Props?” and Smif-N-Wessun’s “Sound Bwoy Burial,” sponsored the event. Indeed, it was essentially a showcase for the new and the old that call the label home. Over all, the lineup defied the sometimes-loose standards set by hip-hop shows, with both seasoned vets and newcomers sticking to the schedule and proving how electric live rap music can be.

Flatbush Zombies kicked things off, the neophyte crew flanked by at least a dozen friends and compatriots onstage. The bearded, tie-dye-shirt wearing MC Zombie Juice stole the show, ultimately baring his chest to show off his Brooklyn tattoos as he and partner Meechy Darko spit irreverent, psychedelic, drug-infused rhymes over earth-shaking beats. Next, the youngster Skyzoo took control, his thick voice recalling that of the late, great Big L as he performed. He was joined by a DJ and a trumpet player, which added atmospherics to the jazzy beats that are his bedrock. “Biggie watching over me,” he rapped at one point, and who knows, that might actually be the case.

The rest of the night belonged to the old men. Pharoahe Monch, formerly of Organized Konfusion and a relatively recent Duck Down signing, showed the crowd how it’s done. His brief but powerful set touched upon new songs (joined by the inimitable Jean Grae at one point) and classic material like “Simon Says,” including a “Fuck The Police” medley somewhere in the middle. Monch is a consummate performer, but his OG Duck Down labelmates who followed him were up to the task as well. Sean Price took the stage next – the most grizzled, most rotund, and perhaps most fascinating member of the Boot Camp Clik. An animated Grinch parody video began his set. From there, Price simply ripped it, helped out at times by his Heltah Skeltah partner Rock. Price barely moves when he raps, gripping the mic in its stand – and he doesn’t need jump around, his presence is engaging enough. At one point, Price revealed that he hasn’t started his Christmas shopping yet, so he better get on that.

Label head and Black Moon member Buckshot was up next, another seasoned professional who knows how to move the crowd and showcase his amazing verbal dexterity. He spit solo joints and Black Moon classics, and soon introduced Smif N Wessun to the stage. Again, a whirlwind of still vital tracks burst forth from the speakers as Tek and Steele commanded the stage in a celebratory mood – it was Steele’s birthday, and he kept asking for a bottle of Hennessey from the crowd. Though no one obliged, it didn’t seem to matter. Last up, the most recent addition to the roster, the great Talib Kweli, pounced around the stage in dark sunglasses and baseball hat. His performance was excellent, to be sure, but after the core Duck Down crew’s genius and ruckus, it was hard to stay focused. Still, almost everything went right on this night, delivering one of the best hip-hop shows in recent memory, and showing how a real holiday party should be done. 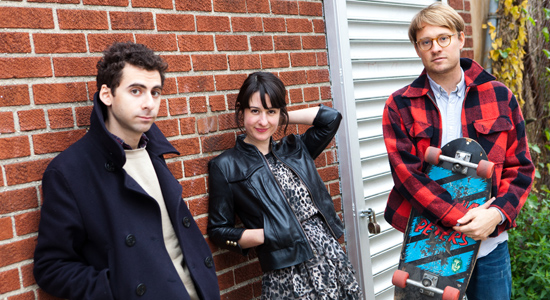