Times New Viking have a new song available for download, “Ever Falling in Love,” off of their new album due out at the end of this month, Dancer Equired. This lo-fi-style track combines the best of art rock with the tradition of doo-wop. Disagree, please.

I missed all the final LCD Soundsystem shows. Whatever. So I guess I also missed Shit Robot’s performances which were supposed to be, well, the shit. Fortunately, I can download “Losing My Patience” here. I’ll be damned if this doesn’t sound a lot like Hot Chip, who happen to remix the track. 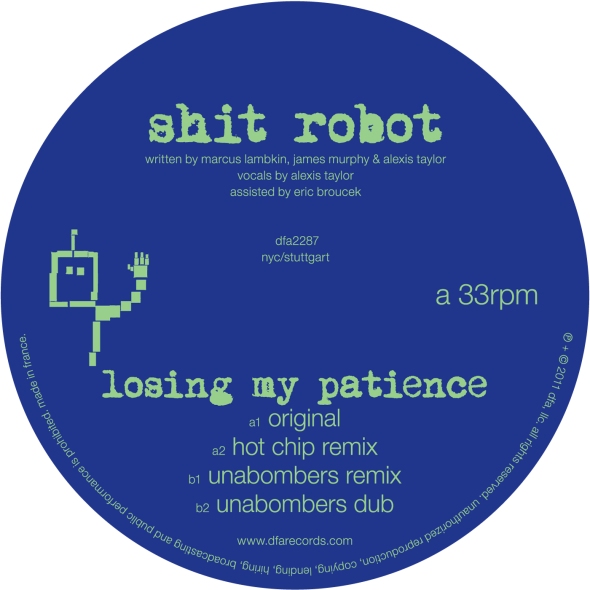 London-based electronic producer James Yuill’s new album, Movement in Storm, came out recently on Moshi Moshi, and it’s a good one, full of his trademark slick and innovative production. Check out a couple of remixes of the track “Crying For Hollywood.” First is the Grown Men Remix (Alex Doyle of LCD Soundsystem + Hot Chip and Felix Martin of Hot Chip). Second is the Shir Khan Remix.

Canada’s Swollen Members are often overlooked, and at times deservedly so. But this new track, “Mr. Impossible,” has made me take notice. Cocksure style mixed with a quirky, banging beat – I’m looking forward to hearing the new album, Daggermouth, out April 12.

This track has been around for a while in one form or another. First Doom and Parallel Thought’s 2006 version, then the version that appeared on Mm…Food. Now here’s another version from 3:33, a teaser for their new release that’s out tomorrow, 333EP-1. Download here.

Illin’ P is releasing a bunch of songs leading up to the release of his new mixtape, 3 Lefts 2 Make A R1ght. Like you care. But seriously, you should care. Download “Get It” here.

Some new hard-rocking, heavy-hitting, sludge-dealing, shit-storming music from Boris off of their new album, Heavy Rocks, due out this spring. Download here.